They are from the nightshade family Solanaceae they can produce in so many beautiful colors. While they are really “fruits” botanically they are classified as berries. They are commonly used as a vegetable ingredient. Bell Peppers originated from Mexico and Central America eventually spreading throughout Europe through Spain in 1493. The name “pepper” was given the name by Europeans when Christopher Columbus brought back the plant to Europe.

As for Nutrition, the Bell Pepper is rich in Vitamin C and very high in B6. Did you know that Red Bell Peppers are twice as high in Vitamins C and 8 times higher in Vitamin A than green ones? Bell Peppers are 94% Water, 5 % Carbs. A great healthy choice for our diets. I usually will leave some peppers on my plants until they turn to Red for raw food snacks. 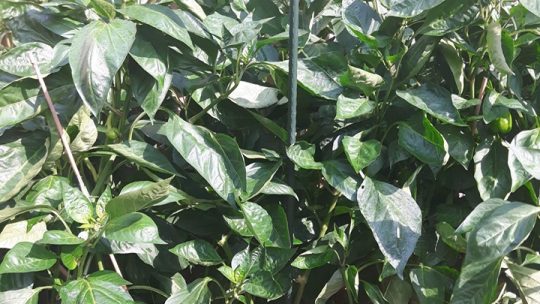 The Best Containers to Grow Bell Peppers are actually larger ones where you can fit a few plants in at a time. I for example have grown them in pots where I would yield about 5-6 Peppers per plant throughout the season. It really wasn’t much...